Three years ago, at BrickCon 2014, LEGO unveiled the UCS Slave I. As soon as the curtain was pulled off, I saw the canopy and I knew that I HAD to build the ALIEN.

I had no idea just what I was in for. Countless late nights tinkering, hours hunting parts in Bricks and Minifigs and on Bricklink, 4 conventions in various forms of it’s evolution, and 2 trophies later… Here we are. I’ll start by answering a few of the common questions:

I’d love to build the whole thing someday. Of course, but it won’t be anytime soon unless someone pays me 😉

Flex tube, lots of it. The curved ribbed segments that aren’t hoses are all stacked dishes, threaded over flex tubing. (if anyone has an extra 40L black flex tube they want to give me, I promise it’ll go into making a full-size ALIEN eventually!)

The skull was the hardest part. Getting it to fit inside the canopy was a trial of invention and determination, ‘if one note is off…’ Of course, the retractable jaw was difficult, too. It functioned slightly better originally, but needed tweaks for accuracy, scale, and ease of operation. It moves on one of the old space-police lockup rails hidden inside the mouth.

The final piece that allowed me to sculpt the back of the head and the ribs was the balloon part in black, utterly perfect for this build.

It’s been an amazing journey, so I thank all of you out there for your encouragement as I went along. Special thanks to those of you who helped me with parts sourcing, Jason Ruff, Bricks and Minifigs, the LEGO Store at Washington Square mall, and my wife for letting me buy them!

I am offering 2 commissions to the highest offer, and possible future instructions down the road if you want one for yourself.

Be warned though, this thing was a nightmare to construct, more frightening to build than it EVER was on screen…. And I saw it when I was 8…… What keeps you up at night?

In space….no one can hear you step on a LEGO. 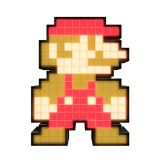